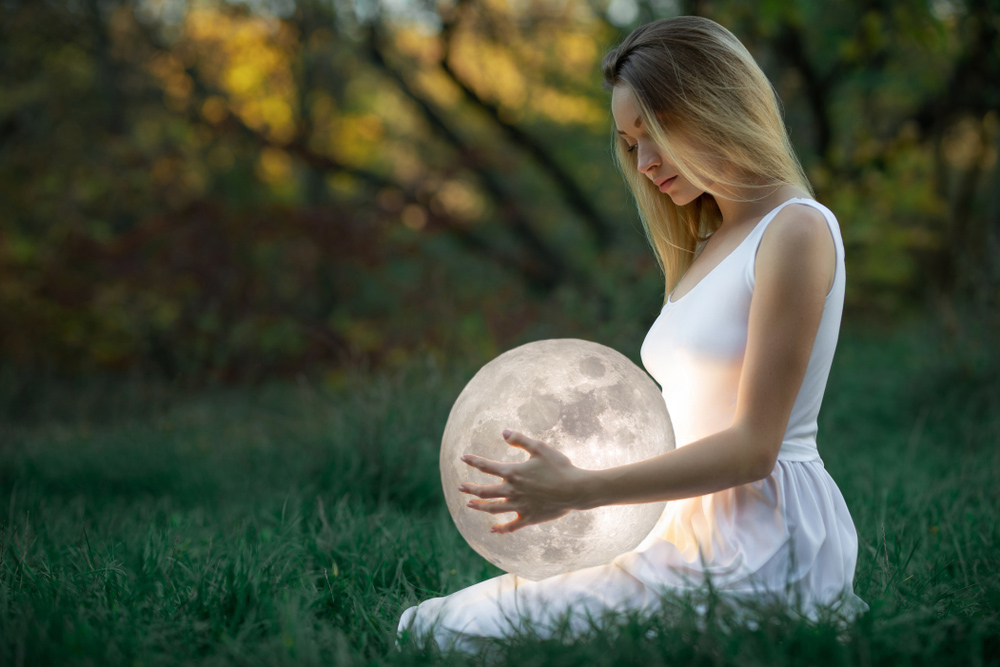 Don’t think of them as detached, but as emotionally ideal. They don’t like manipulative or petty people. They run from drama. They don’t understand why people have a need to be dramatic. Any Aquarius placements tends to come off as superior, so they believe that flamboyant shows of emotions are petty.

They enjoy spending time alone and won’t stay in a relationship once it’s fizzled out. They only get involved in a romance if it is real love. You’ll find more single and/or celibate people with a moon in Aquarius. Sometimes they tend to want people who aren’t interested in them or are emotionally unavailable. Moon in Aquarius natives are repulsed by jealousy and possessiveness. If you are in a relationship with a moon in Aquarius, they will give you a lot of freedom, but expect the same amount of freedom in return.

They can be very matter of fact. If you want someone to tell you the truth, go to a moon in Aquarius. But be forewarned, moon in Aquarius natives might not tell you what you want to hear. They won’t understand why your feelings are hurt because they don’t get carried away by emotions. This is a very cerebral sign for the moon. It’s balanced and fair. These people are very good with conflicts. They are always trying to figure out logically why people do things emotionally. They rationalize emotions.

These people have a lot of emotional intelligence. They use logic to their advantage. If you’re arguing with a moon in Aquarius and they get upset, you might be surprised if the next day they come back with a calm, detached demeanor. It takes a lot to ruffle their emotions.

Moon in Aquarius easily forgives people. They feel like they are above holding grudges and will want to see everyone’s point of view, so they can heal the world. This is a good placement for a politician or diplomat. They love change and are focused on progress. They have a keen ability to see the bigger picture.

This love for change manifests itself in almost all areas of their life. They love to change their clothing, job,  lifestyle and even friends. Exploring the hidden unknown and improving their life is an ongoing process. For example, when they want to recharge emotionally, they might decide to change their entire hairstyle or wardrobe from office chic to bohemian flower child. Literally, they can go from short dark hair to long blonde locs overnight.

You normally won’t find a moon in Aquarius with the same job their entire life. They want to move around, find different jobs and don’t want to be hemmed into a 9-5 job. They are always looking toward the next big thing.

This is a good placement for computer programmers, technicians or anyone involved in science or mathematics. They need mental exercises because their minds are always on. This is why they can appear mentally vacant at times. It’s just that they are constantly multi-tasking and can appear distant, but they are actually really absorbed in thought.

Since Aquarius rules the 11th house of social activities, Moon in Aquarius natives have a strong need to surround themselves with groups of people. A well balanced moon in Aquarius, will need the help of other people’s perspectives and opinions. They feel emotionally content when they are involved in the group. It’s very grounding and recharging for them.

Since the moon in Aquarius is seventh from Leo, a native will often seek a partner who has many good friends and shines brightly.

The Moon sign shows how the native perceives the mother. Moon in Aquarius probably had a detached mother who was emotionally unavailable.

As a child, Moon in Aquarius will tend to raise their parents. They also make good parents because they will put their child’s needs ahead of their own needs.

Celebrities with Moon in Aquarius

Princess Diana of Wales (Sun in Cancer, Moon in Aquarius)